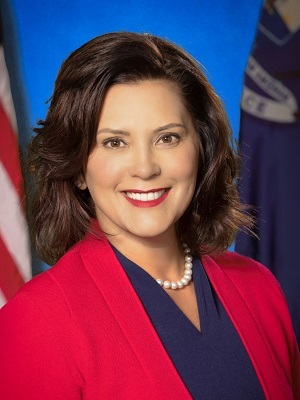 Michigan Gov. Gretchen Whitmer’s 2021 $61.9 billion fiscal year budget proposal would restore some funding to the tourism and branding program, Pure Michigan, after she vetoed money for it last fall.The governor’s plan would rely on public and additional private funding for tourism promotions.

"Our future depends on making strong investments in these core priorities, and while we cannot correct decades of underfunding overnight, particularly in the area of education, this budget builds on last year's budget to provide additional funding in these critical areas," Whitmer said, reported by a February article in the Detroit Free Press.

Whitmer vetoed Pure Michigan’s $37 million budget in the current fiscal year. However, the Detroit Free Press reported that the 2020 funding may be restored.

In response to Whitmer’s $15 million budget for Pure Michigan, Justin Winslow, President and CEO of the Michigan Restaurant & Lodging Association, said that it’s difficult to talk about funding when the 2020 spending plan was eliminated.

“We are willing and ready to be part of the solution going forward, but the time for political theater is over,” Winslow said in a statement, according to the Detroit Free Press. “Fix the mistake, restore Pure Michigan and let’s move forward together for the best interests of our state and residents.”

Whitmer’s proposed spending plan would increase the budget by 3.9% and raise the general fund 5.8% to $11 billion.

According to budget documents, school aid funding would increase 4.9% to $15.9 billion and there would be an additional $600 million for road repairs. It also includes nearly $500 million for local government reimbursements to reduce property taxes and $206 million to expand the Homestead Property Tax Credit.

Legislators have until July 1 to submit a budget plan for the governor's approval.

Want to get notified whenever we write about Gretchen Whitmer for Governor ?

Sign-up Next time we write about Gretchen Whitmer for Governor, we'll email you a link to the story. You may edit your settings or unsubscribe at any time.