Sen. Lucido: 'We have to take every imaginable opportunity to stop the ooze' from Madison Heights factory 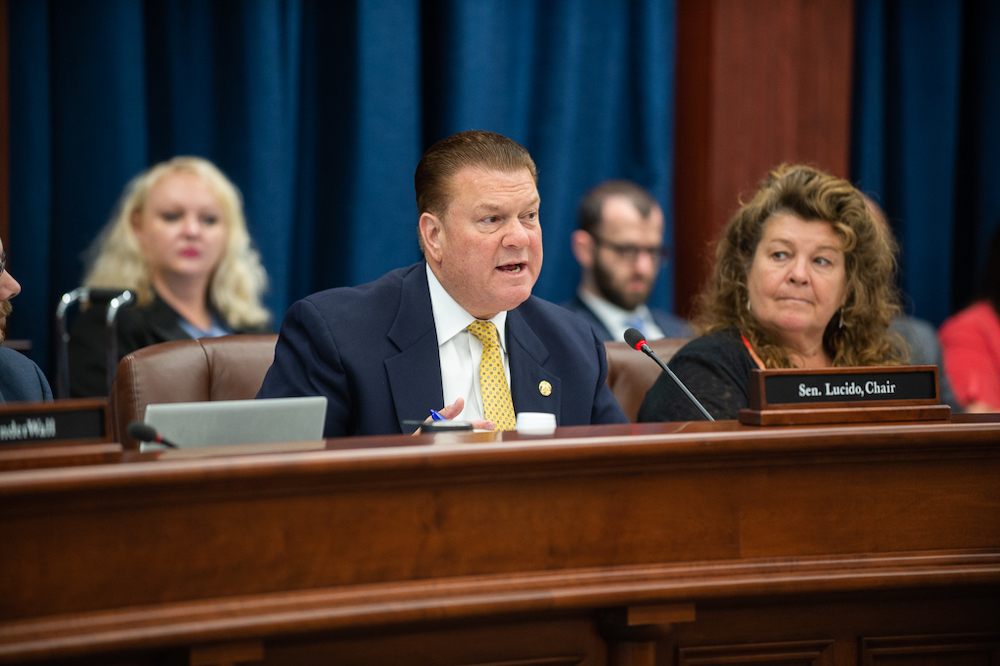 It took green slime oozing out of a Madison Heights factory onto Interstate 696 in December for Michigan officials to realize the basement of the old metal making warehouse was brimming with toxic sludge left over from a 2017 cleanup.

The slime, which oozed from a hole in the basement of the former Electro-Plating Services building and caused lane closures, was the result of groundwater and rain contaminated with chromium, a chemical used in stainless steel and other metals.

Now, lawmakers and residents are left wondering how extensive the contamination from the leak is, what it will take to fix the underlying problems, and why the problem wasn't fixed before it got to this point.

Gov. Gretchen Whitmer is calling for more criminal charges to be filed against the owner of the building, Gary Sayers, who is already serving a sentence in a federal prison.

“Not only must we make sure the owner of this business is held accountable for his negligence, we must get people the answers they deserve about the state’s response to this issue," Rep. Diana Farrington (R-Utica) told the Shelby Review. "A House committee will soon be holding hearings to uncover what state environmental quality officials knew about the contamination, when they knew it, and what was done in response."

Whitmer has insisted that lack of resources and proper support for the Michigan Department of Environment, Great Lakes and Energy (EGLE) is partly to blame for the oversight that allowed this issue to become so large scale and called for a review of EGLE to strengthen its "enforcement and accountability."

However, Sen. Pete Lucido (R-Shelby Township) told the Shelby Review that the problem runs deeper than that.

"Her administration has direct orders, if you will, a directive from Washington to do what they needed to do and they didn't do it," Lucido said. "You should have had the administration do the right thing and clean it up, or ask for more money if you need it and explain why you need the money instead of just blaming it on 'well, we didn't have the money.'"

Lucido told the Shelby Review that EGLE was funded and if there wasn't enough funding for the program, the governor should have asked for more. The oversight he said is due to the fact that no one followed up with the site after the initial cleanup in 2017. EGLE concluded following the initial cleanup that there was little risk of any hazardous chemicals leaving the site, however, the basement was damaged, which allowed the materials to flow out.

"We're all in this together," Lucido said. "So, now that we've learned of this, now we have to take every imaginable opportunity to stop the ooze and not have it go ahead and permeate any further than what it is. That's why there's digging out here, the EPA is back here because the job wasn't done."

Sayers has been ordered to pay $1.4 million in restitution for the cleanup of the site. The length of time the hazardous ooze has been leaking from the site is not known, but EGLE said there is no threat to drinking water but the ecosystem near the site could still be threatened.

Want to get notified whenever we write about any of these organizations ?

Sign-up Next time we write about any of these organizations, we'll email you a link to the story. You may edit your settings or unsubscribe at any time.